Activists have a reputation for taking over streets across the world to fight for what they believe in, but corona has made it impossible to do mass demonstrations. Robin Habbé (25), has continued the fight against climate change online: “I understand if it is difficult for some people to join.”

A photo-reportage by Iben Schmidt 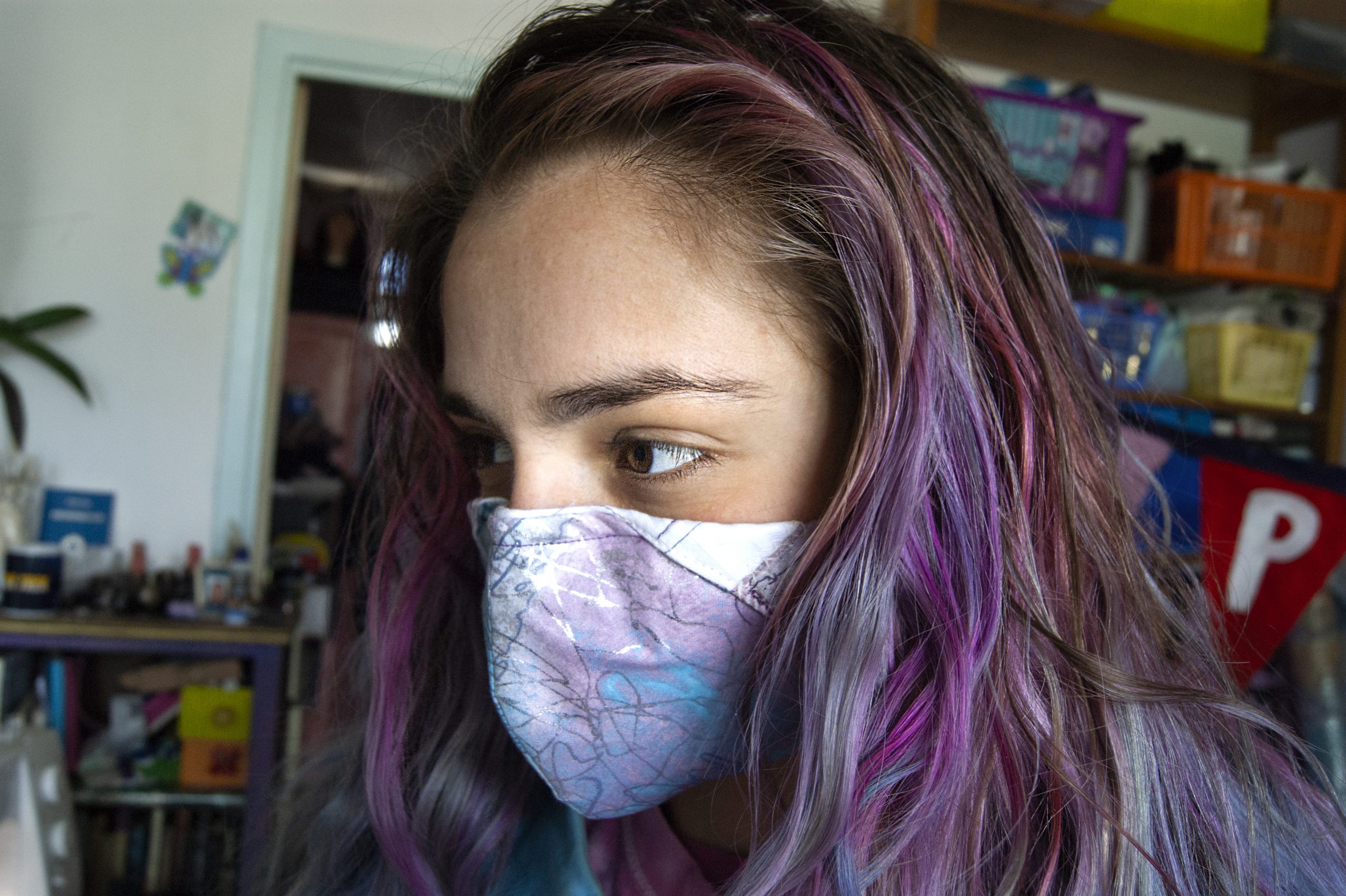 Amsterdam: Though 2019 became “the year of street protest”, coronavirus quiets protest movements across the globe in 2020. Robin Habbé and the fellow climate activists from the activist group Extinction Rebellion have continued the fight against climate change digitally: “It really strengthens the global connection and the opportunity to work together. You do not have to meet physically and you can invite people from everywhere to a video meeting.” But online activism is not for everyone, Robin Habbé says: “I understand that it is difficult for some people to join online. I think it is a different crowd that adapts to online actions.” 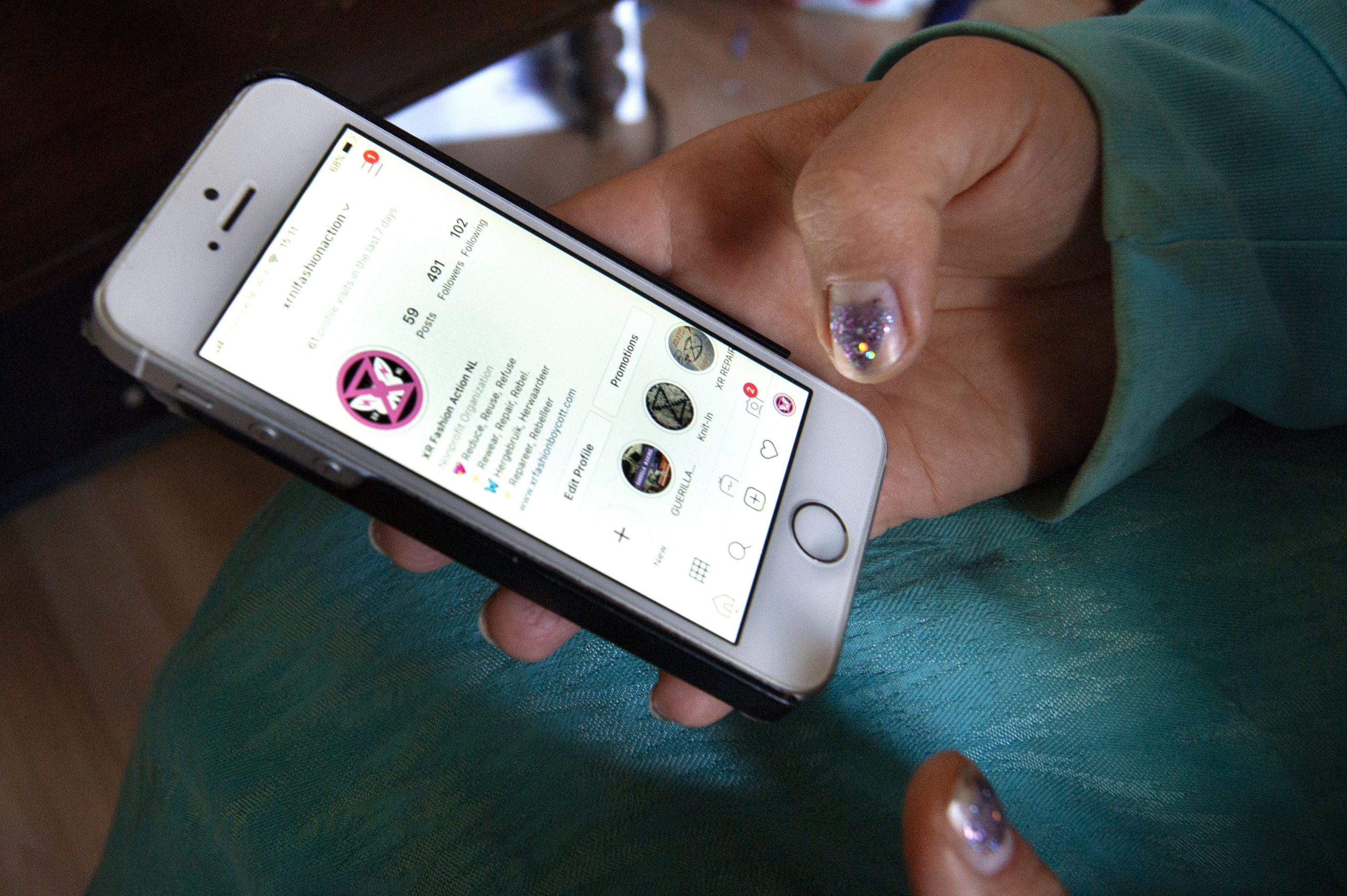 On Monday, the 16th of March, the Netherlands went into lockdown due to the coronavirus. But using digital space instead of the streets was no problem for Robin that grew up with the internet and online relations. 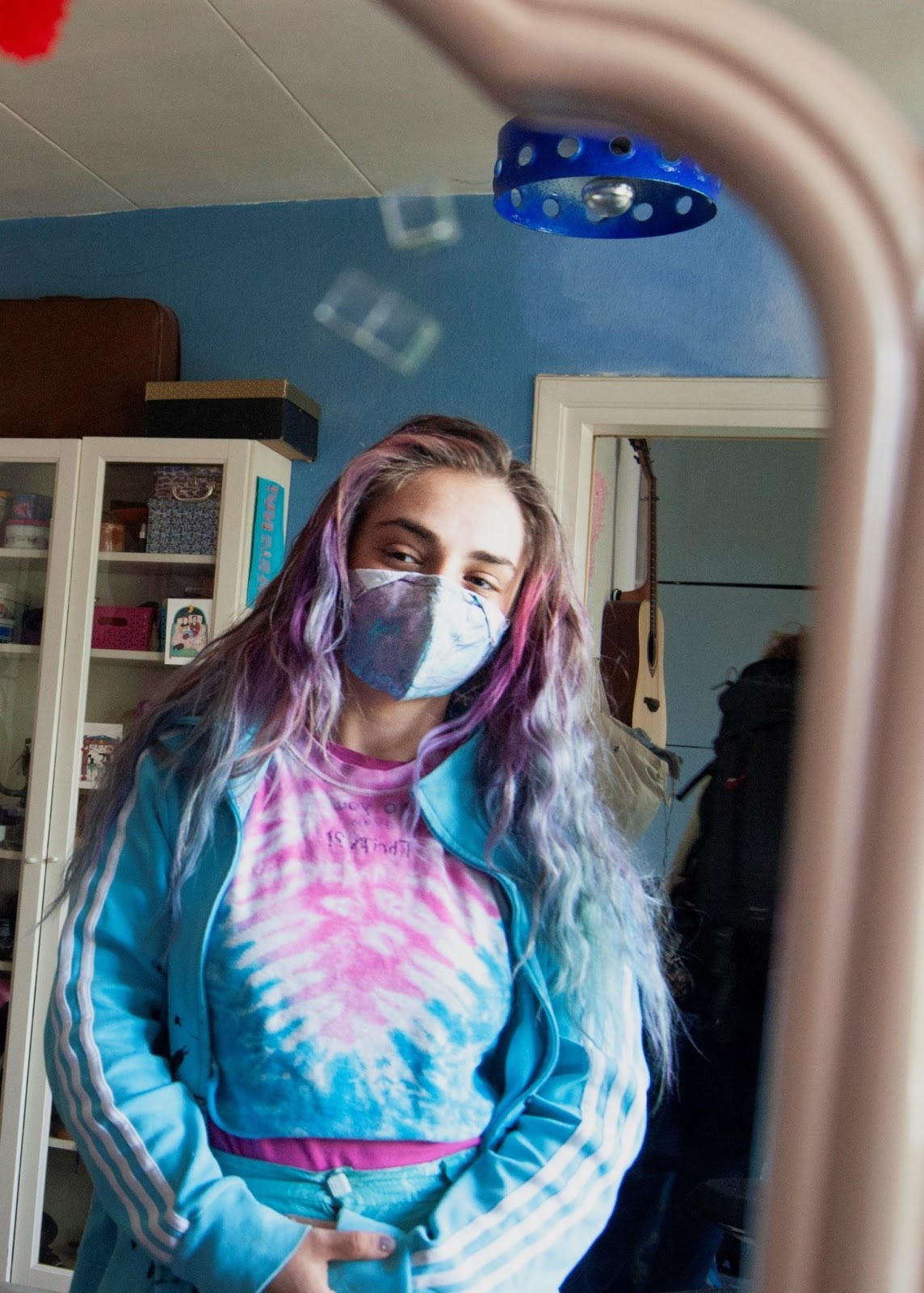 “I think some activists are glad they can do meetings online because they would not want to travel to Amsterdam or Utrecht for an action. But some just like being physically together and getting this rush of doing something together in public,” says Robin Habbé. 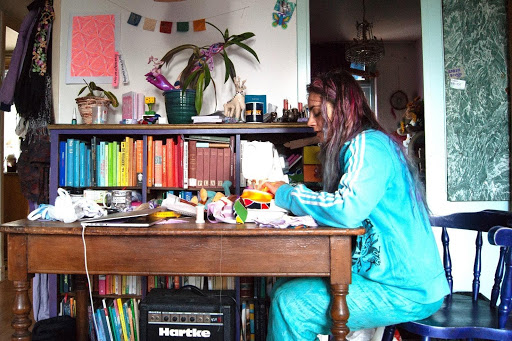 During the past month, Robin has been making campaigns, thinking about slogans, attending online meetings, and working on online knitting clubs and repair workshops against the fashion industry. 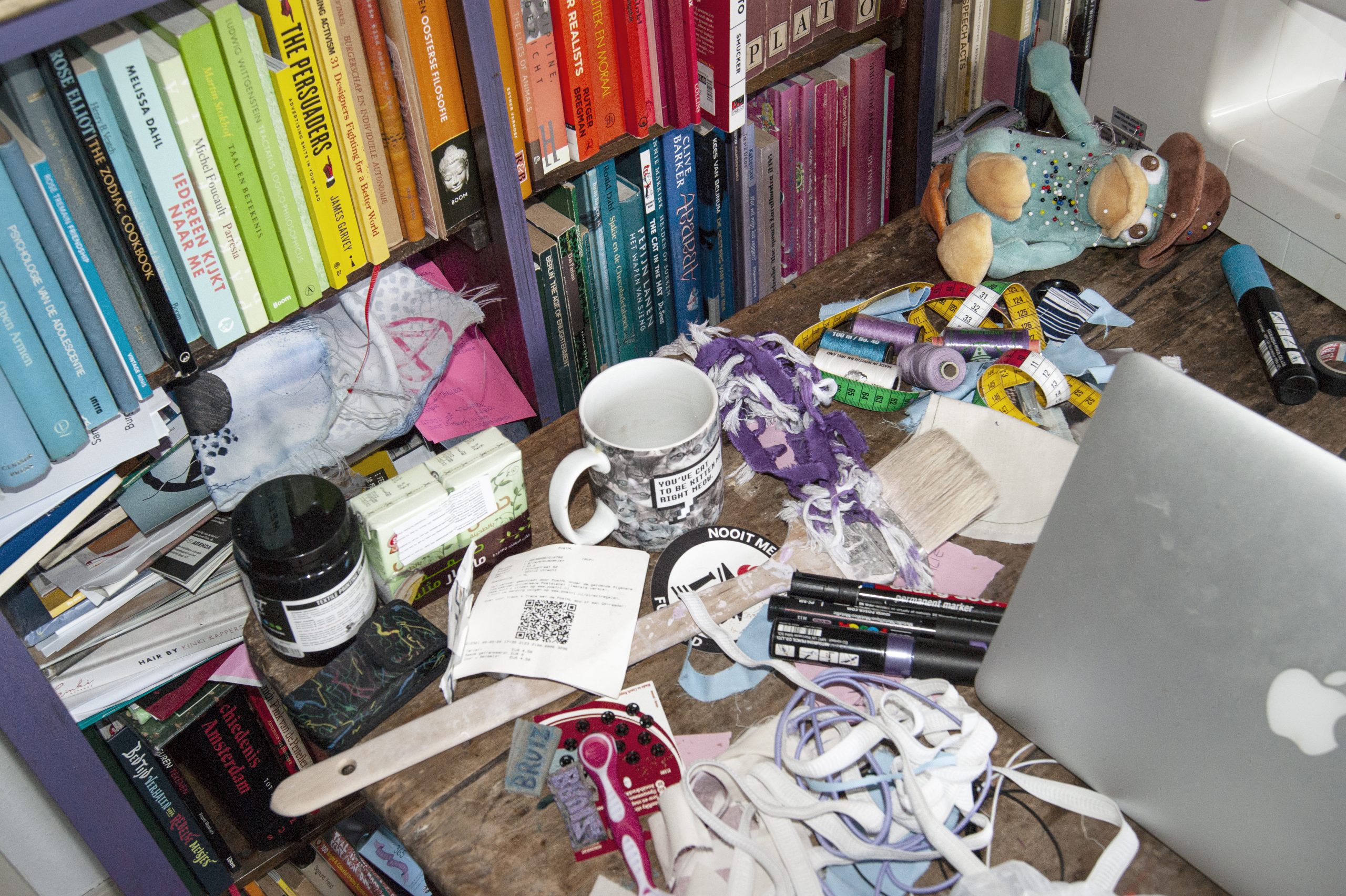 “My theory is that people have been more aware of their surroundings and open towards artistic interventions during the lockdown,” Robin says about affecting people online and in public space. 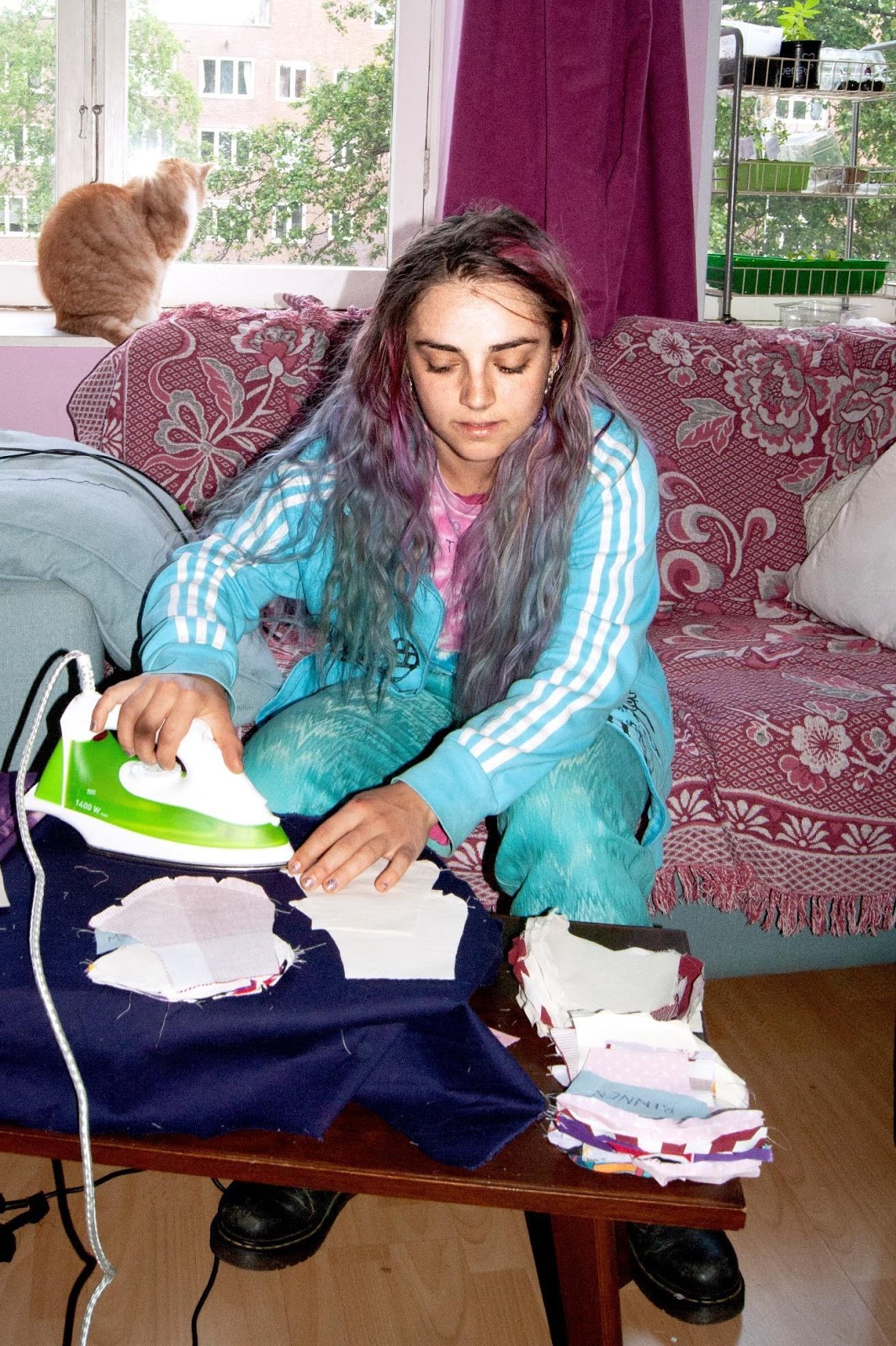 For 15 euros each, Robin sells homemade face masks via Instagram: “These masks are also a form of trying to fight the system. I am afraid that a lot of people would buy disposable masks. And with this I can show; even with what I had laying around in my home, I can make new stuff. I’ve been thinking about sewing slogans on the masks,” Robin adds. 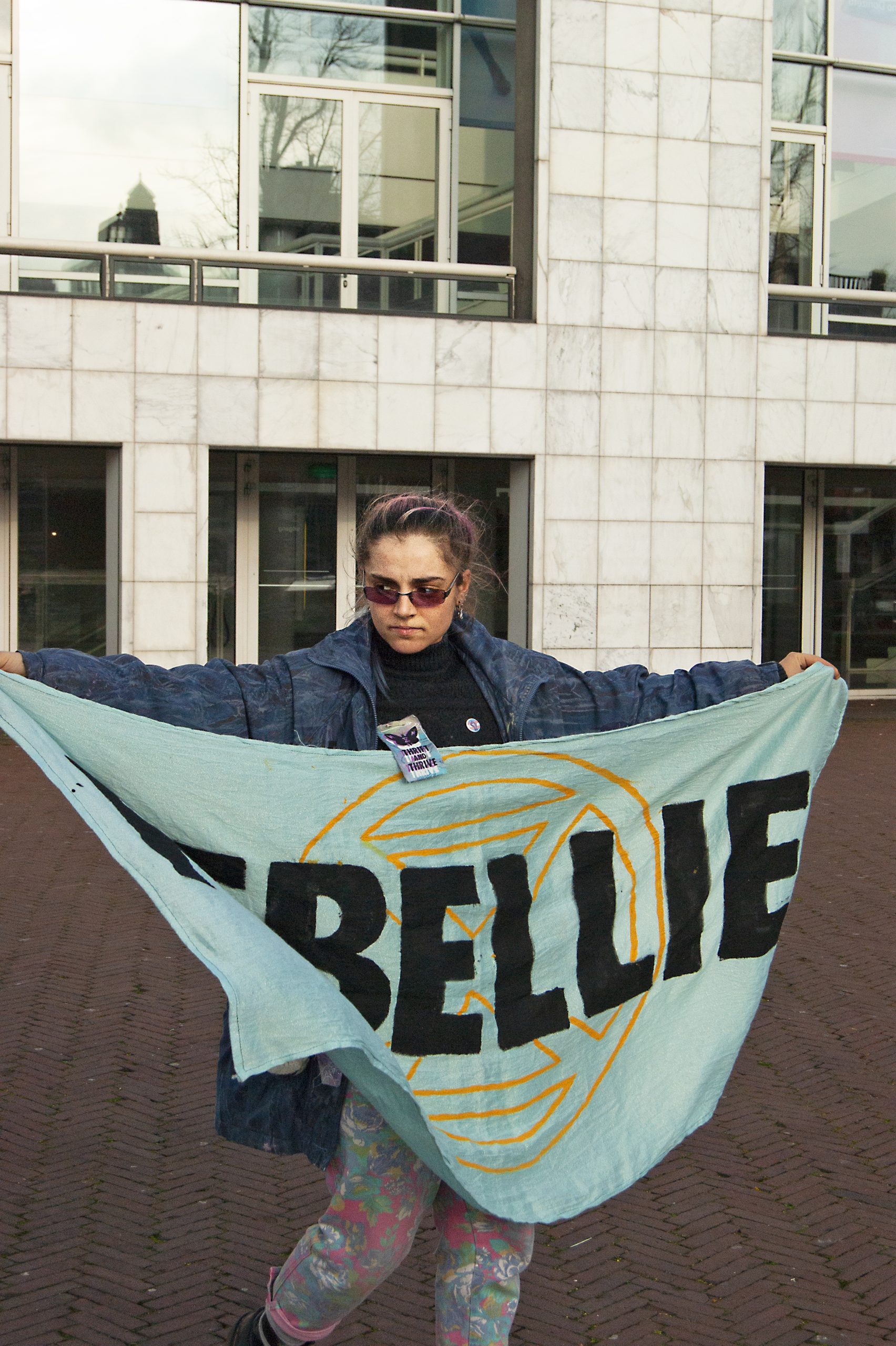